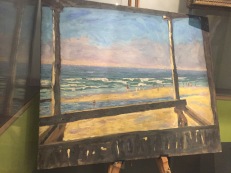 Did you know that in addition to being a British Prime Minister Winston Churchill was also a painter? He began painting during World War I to help manage his depression, caused from his resignation from office in 1915. He found painting an outlet and it became a hobby he continued throughout his life. He tried sculpture but decided he liked painting more. He stated: “Armed with a paintbox, one cannot be bored.” 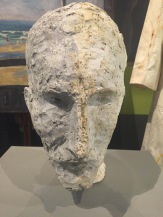 Cast of the head of Oscar Nemon // Winston Churchill 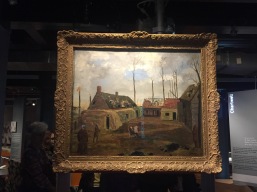